Fan series for My Little Pony: Friendship is Magic

You are not connected. Please login or register 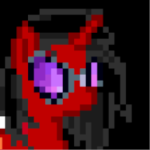 Heres a question we got a few times

ProjectPoni is an online fan made animation based on the characters of my little pony friendship is magic. We bring in some of our own things though, such as in episode 1, we have a certain character everyone will either love or hate, and a new BG pony witch is called ... not gonna say

We try to keep our animation style and writing up to that of the series of MLP: FiM and we have some top notch voices that I'm certain all of you will love!

Ill update the ****'s every 2 months up until the actual release of Episodes!